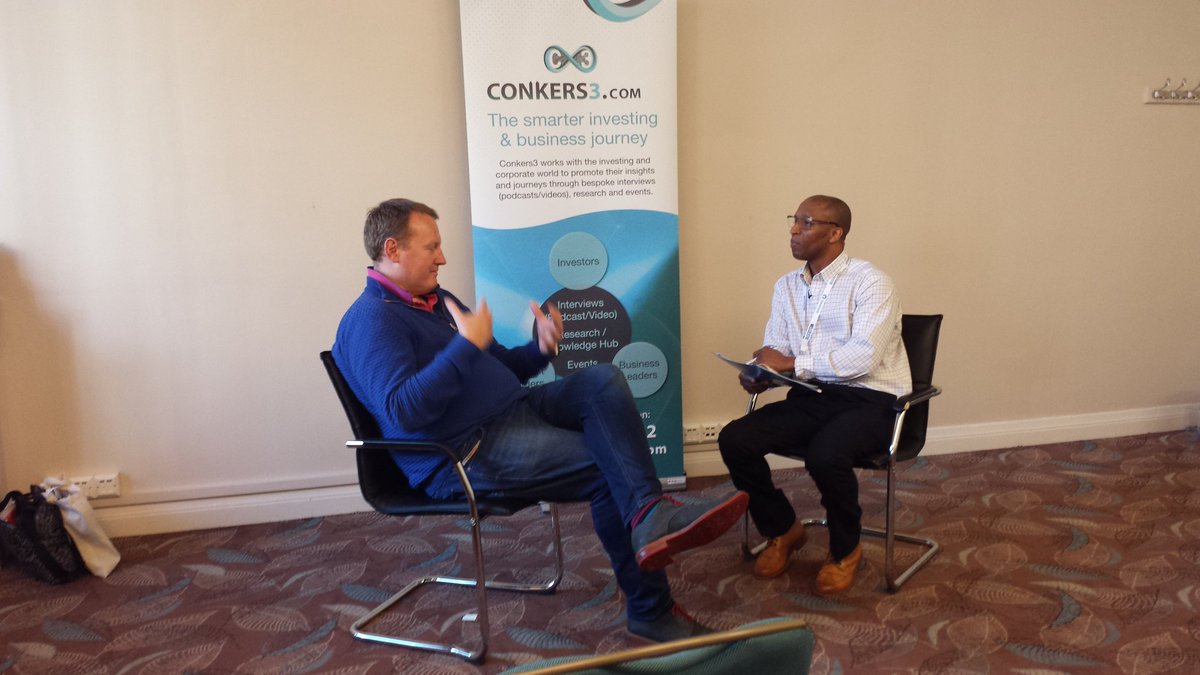 Welcome to the 49th CONKERS’ CORNER recorded live on 26th April 2018 at the MELLO2018 Investors Event in Derby. In this interview I have the pleasure of speaking with Mike Brenner @MikeWBrenner who works full-time at Expedia as Director of Partnerships EMEA for Expedia Global Partner Solutions. Mike is a keen part-time investor and avid researcher of stocks and shares.

Between the ages of thirteen to eighteen Mike attended Wellington College which is a co-educational boarding and day independent school in Berkshire. By his own admission his education was slowed down by his dyslexia. He thrived however in many other aspects including acting, singing in choirs, musicals and even sang solos in Christchurch Cathedral. In addition, he excelled in a number of sports, especially rugby in which he played and represented not only his school and his region, but  also his country!

After College, he spent a short time as a door to door salesman before continuing his education. In 1998, Mike commenced a Degree in Geography at the University of Newcastle. He successfully attained his Bachelor of Arts in Geography in 2001 despite, “investing a lot of time in developing friends for life rather than focusing on academia.”

Mike states that he has always had an interest in investing and that it was during his degree in 2000 that he started lurking on the Motley Fool. Due to his lack of confidence he would continue to study the bulletin boards and chat groups for years to come.

Mike started his first professional job as a Business Development Manager with Thomson Financial-Accuity in January 2001. He orchestrated the company’s largest global payment processing data sales with HSBC and the Bank of America.

Between 2003 to 2005 Mike took what he describes as early retirement. He spent ski seasons in the winter guiding clients in the French Alps for Mark Warner Leisure. His summers were spent in South Africa doing lion and elephant contraception research and game capture. He toured New Zealand following the Lions Rugby Union Tour and also travelled Australia driving from the west coast from Perth to Darwin 2005. He realised that he was great at holidays and following his passions, however it was too early for him to retire and he had to return to full time employment.

Mike then worked for Geneva Partners between 2005 to 2009 firstly as a Business Development Manager and then as Sales Director. Among numerous significant achievements, he played a key role in redesigning the business plan and raising funds for a new company called Dealflo, which provides end-to-end agreement automation services to the financial sector.

Mike then worked at Latitude between 2009-2011, before his current role at Expedia following his passion for travelling and finding solutions. His significant achievements at Expedia, include signing foundational partnerships in EMEA with Trivago, Nectar, Payback for loyalty, EuroStar and Barclays.

Having previously invested his own money in start-ups that he has worked in and with, Mike finally made his first personal stock investment in 2011, mainly because he liked the company. He has refined his strategy thoroughly since and researches his stocks with a forensic like approach.

A very humble Mike, who has thrived with dyslexia, summarises that he has developed a skill set around how to really understand problems. He develops a hypotheses to test and learn, which he then validates and then develops solutions for customers and partners. He has done this very successfully throughout his career which has taken him from being a door to door home security salesman prior to his degree to now being a Director of Partnerships EMEA for Expedia Global Partner Solutions.

In this CONKERS’ CORNER discussion and video with Mike he provides an insight into the journey that he has taken, which so far has encompassed representing England at Rugby, taking early retirement in his 20’s, travelling across most of the continents, finding solutions to complex problems, lurking on investing boards, to sharing his research on social media and on Stockopedia.

Listen now to gain insights into how Mike does his research and how he invests and learn from the lessons in his investing journey. PS Also look out for a guest appearance from the award winning veteran Fund Manager, Gervais Williams of Miton Group. 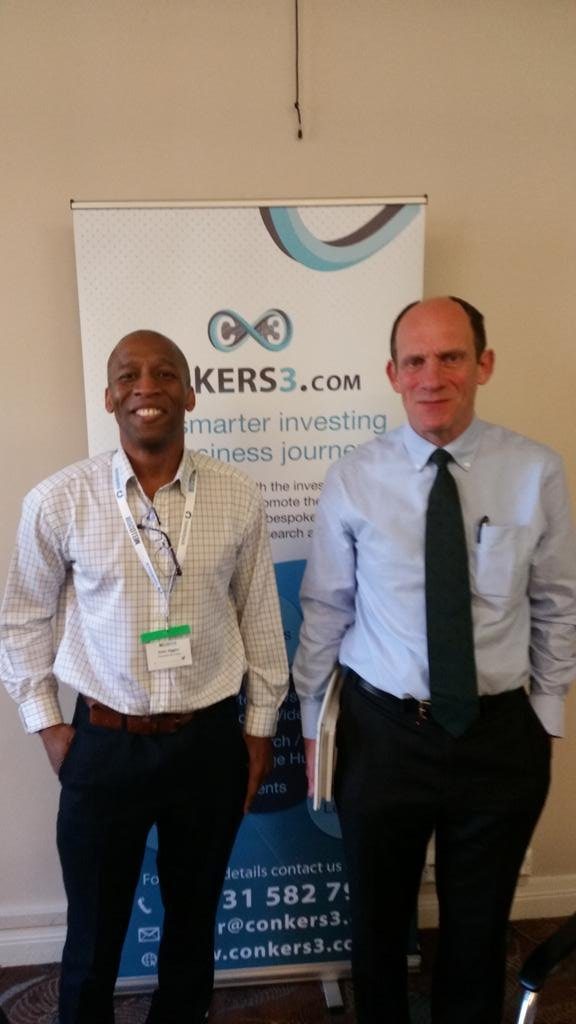 Defining your own strategy;

I hope you have enjoyed this article, its podcast and video. Please share it with your friends, family, colleagues and investing network. You can find conkers3 on Twitter @conkers3. Email or contact CONKERS3 directly by phone should wish to share your smarter investing and business journey with a larger regional, national or global audience.

This #CONKERSCORNER interview was completed by Peter Higgins of Conkers3 Ltd at the MELLO 2018 Investors Event and the video was filmed and produced by PI World.