What’s hiding behind the RNS? 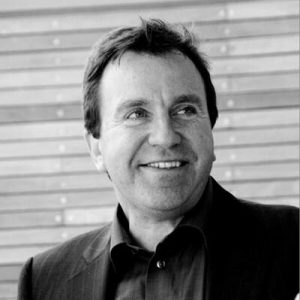 Former CEO of AB Dynamics Plc, now owner and Non Exec director of a number of companies involved in SME new business development and advanced engineering technology.  For the past 20 years I have been operating at CEO, senior director and board level with private and public companies including NASDAQ and AIM listed businesses involved in the advanced engineering and environmental sector.

A particularly useful document you can find on the London Stock Exchange website is the “AIM Rules for Companies March 2018”. It shows you what steps need to be taken by a company to not just list on AIM, but all of the subsequent actions that need to be taken for it to stay on AIM. It’s actually quite a concise document which goes a long way to explaining the role and function of the Nomad and Broker.

One of the key abiding principles contained in this rule book is the role of “disclosure” in good corporate governance and the Exchanges weapon of choice is the RNS. The Regulatory Information Service is operated by the Exchange and is where the RNS and its sibling the RNS Reach are posted.

I should say that their purpose and deployment is not always completely understood or appropriately applied by many. For those interested in the details around what prompts an RNS, or an RNS Reach, they should refer to the above document as it sets out all criteria in full. I don’t want to go through them line by line, but I do want to point out a few key ones and identify the subsequent language used in the RNS, which in theory should be unambiguous but in practice is often not.

I am aware that many private investors are up early to review, digest and Tweet on the numerous 7am RNS releases. They will import information and look for hidden subtexts in the RNS wording.  A 7am RNS would have started life a few days or weeks previously and would be finalised and embargoed to the Exchanges information service, ready for early release the next day. It’s fair to say that well run companies have a clear understanding of their news time table, allowing them to plan their RNS releases with the Nomad accordingly.  So, if you spot an RNS that’s released a bit out of the blue or late in the trading day, it is best to ask yourself the following questions:

Writing an RNS was one of the few things that struck fear in my heart as CEO! The general imprecision of the wording/grammar, the opportunity for misunderstanding, unintentional spoonerisms and ridicule writs large in the mind.

Firstly, there is the issue of if an RNS is required in the first place. Basically, any information that might have a material effect on the Share Price (good or bad) should be RNS’d (see it’s a verb now). Broadly speaking this could be a Corporate Activity like a fundamental change in holdings or a Trading related event like a massive order won or major contract lost. Simply put it’s a way of getting inside information out, but in a formal manner.

The first port of call to determine if an RNS is required is the company’s Nomad. The Nomad will have already timetabled with the board what and when the statutory RNS’s are needed. These will include Full year and Half year results, Trading updates, AGM notices etc. The Nomad is conversant with the AIM rules and the interpretation of them, so he alone will decide if information is material or not. If you are a small start-up, then information regarding a potential tie up with a big player might be deemed material. I know many PI’s are suspicious of a CEO issuing RNS’s right, left and centre announcing collaborations and MOUs, but it’s a judgement call that is made. If you are an established organisation then news that your CFO has been convicted of fraud (again) is deemed material and has to be announced. 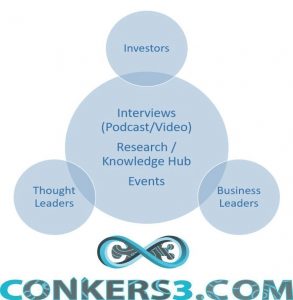 Now when it comes to writing an RNS some CEO’s like to channel their inner Oscar Wilde employing flowery prose and general superlatives. I on the other hand wanted simple bullet points with facts, I would reach for the Thesaurus to look for alternative words for “great” or “not so great”.  These bare bones of drafts would be sent to my advisors and board for comment.  Usually my Broker and Investor Relations company would try to outdo each other with their command of the English language. Debating the finer points of “significantly exceed” vs “exceed significantly” or “ in line with management’s expectations” vs “in line with analysts’ expectations”.  The best one I heard once was from an advisor who explained that if you say you have “exceeded your forecast” that means you are around 5% ahead, but if you have “significantly exceeded forecast”, well that’s over 10%… who knew!
Eventually all will come to agreement with the wording and sentiment of the release and with the blessing of the Board, the Nomad and the Broker the RNS is posted. There is often a “written-by-committee” feel to many RNS’s and now you know why.

Anyway one point of interest that I have touched on before is the disclosure of information at Investor events, the AIM rules say:

“ ….Principles of disclosure Where it is proposed to announce at any meeting of shareholders information which might lead to significant movement in the price of those securities, arrangements must be made for notification of that information so that the disclosure at the meeting is made no earlier than the time at which the information is notified.”

So an RNS might be triggered and any presentation given should be posted onto the company’s investor section of their web site, which moves me seamlessly to the next point.

I cannot stress this enough, that a very important source of information, company disclosure and regulatory news, can be found on a strange little section in the investor part of a company’s website, called the AIM Rule 26. It is maintained with strict accordance with the AIM rules and monitored by the Exchange and the company Nomad. As such it should always be your go to place for company information and news releases. The Exchange describes this section as follows: 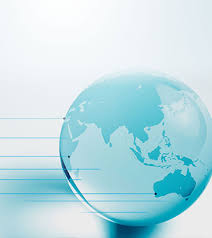 Finally the RNS Reach, it differs from the RNS as it is an investor communication service aimed at assisting listed and unlisted companies to deliver non-regulatory news such as marketing messages, corporate and product information. It is based on the existing RNS UK-Regulatory service and has the same levels of efficiency, control and broad dissemination.

What type of announcements can appear on RNS Reach?

“In summary an RNS is a statement to the investor community, that is usually tightly worded and subject to the rigours and oversight from both the Nomad and the Exchange. In the literal sense it should only convey simple instruction or disclosure of information. In reality for many, it may bare a loaded a message for the canny to interpret.

I will leave you with this. Many years ago I worked for a major oil company producing lubricants to the car industry. On one of our spec sheets it bore the statement that this product was designed to meet the requirements of  a major European car company spec.  When querying that this was not the case my manager told me that ..yes although it was designed to meet the spec , it did , true to fact not meet the spec, nevertheless that was the was  the intention!

Thank you for reading this article, we hope you enjoyed it. Please share this article with others that you know will find it of interest.

Are you an institutional investor or private investor? What are your views or opinions on the markets at present? Please lets us know. We look forward to hearing from you. You can find more research articles, interviews, podcasts, videos and investment insights on our website and across some of our social media platforms that include Twitter, LinkedIn, AudioBoom, iTunes, YouTube and Facebook .